Day of discussion of the work on peace under construction in Yaounde, Cameroon

Under the blue and sunny sky of January 26, 2020, the Idente Youth and the members of the World Youth Parliament (WYP) Cameroon, presented the works on “Peace under Construction,  taking decisions together for a new civilization”.  It was a marvelous opportunity to celebrate the artistic prize winning song, “WYPers Peace Makers” chosen as the hymn of the plenary session Salamanca 2019. With an audience of mostly students from Yaoundé II Soa, this celebration was marked with the sign of Encounter and Testimony.

Firstly, a sign of encounter thanks to the presence of young members of several other associations invited to this event. Young people from the Scoute, the Soa University Choir, the Association of Young People Living with a Disability, the Entrepreneurship Club of Yaoundé II, the Common Wealth Club and the National Youth Council, the Soa Antenna. All of them joined the Idente Youths and the World Youth Parliament of Soa at the Catholic University Centre (CCU) to share the fruits of the work on “Peace Under Construction”. This meeting was the first of its kind and aroused much joy and admiration among the young people for the initiative and for the Manifesto on Peace, the fruit of two years of work. It also animated the enthusiasm and creativity of the young people who were moved and declared at the end that they would share the results of the work on Peace Under Construction in their different groups and associations. This meeting was further marked by the presence of Professor Claude Ernest Kiamba, (Professor and Head of the Department of Political Science at the Catholic University of Central Africa). He gave an expert appraisal of the Final Manifesto on Peace Under Construction. His intervention was at the same time an experts contribution to the Manifesto, a presence of the university chair and a personal testimony of his experience of peace. To quote the words of the Manifesto, he stated that: “Peace does not mean an absence of conflict, but the use of dialogue when conflict occurs”. We were touched by his words and his analysis.

Secondly, the sign of the testimony was very beautiful and very profound. Several young people would have liked to speak in public to express their gratitude for the two years of work on the theme, but also for the impact that this day had had on them. Two young people, Clémence and Frank gave their testimonies on the theoretical aspects of the Manifesto’s writing and the artistic phase respectively. Clémence stated that her interpersonal relationships are better because she has learned to appreciate the other’s contribution and opinion without always imposing her thought and judgement.  Frank talked about moments in the creation of the song that won the first prize. Being the composer of the rap part, he said that it was a great experience of teamwork and a proof that peace is possible even in the diversity of styles and opinions. He explained that the atmosphere that prevailed in the artistic phase was one of creativity and lack of competition between the co-composers.  For, moreover, the initial idea was simply the joy of doing something artistic together. He was happy that this simple desire had produced a work worthy of appreciation and prizes!  To conclude with the testimonies, two missionaries, Michèle and Éleuthère shared with great joy their experiences of the plenary session in Salamanca 2019.

To cap off the day’s activities, all the young people danced and sang the hymn over and over again. Under almost starry skies, we danced the “flash mob” to the chorus of the hymn with great pride and joy in the CCU gardens. The trophy was wandering from hand to hand, the young people, between laughter and dreams following this broadcast, were wondering what theme we will be working on this year. Group “sel-fies” and captures here and there, the family photo, a modest snack and exchanges full of respect and conviviality closed our day of “Restitution of the Works on Peace in Construction”. 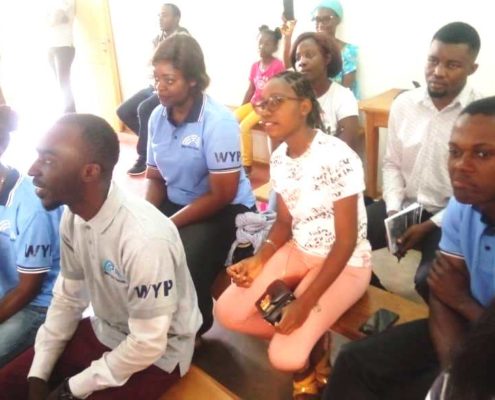 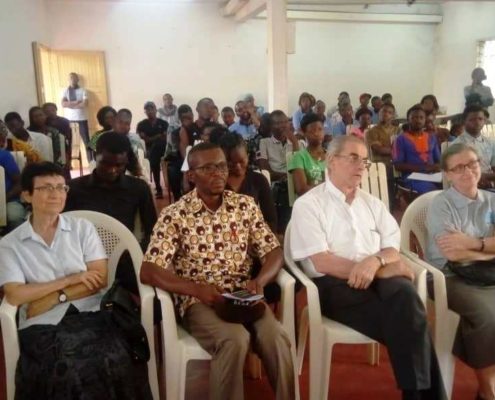 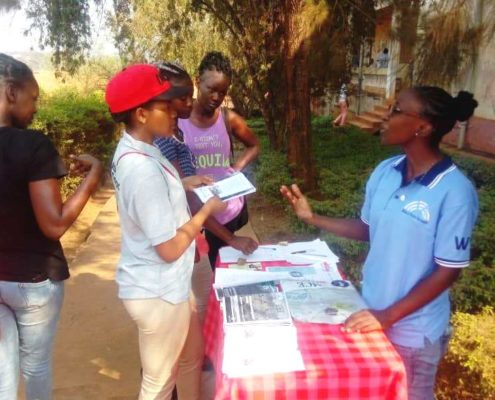 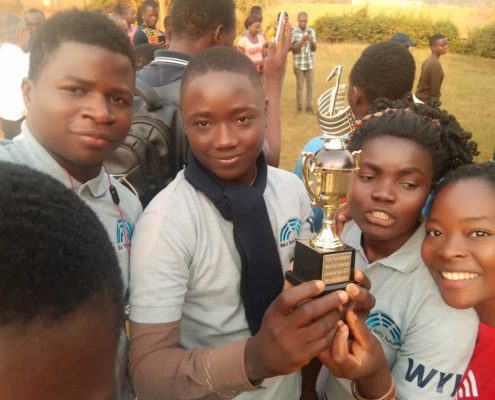 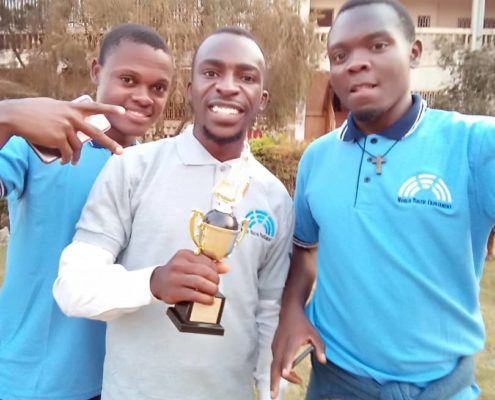 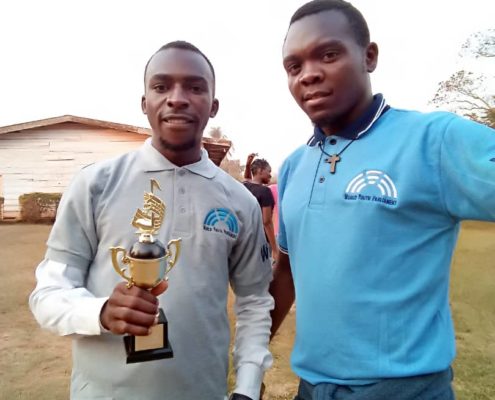 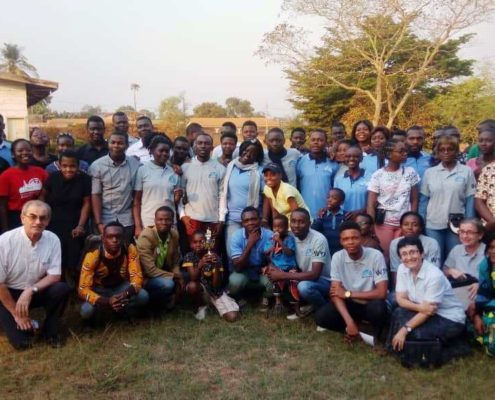 It wasn’t just a game…